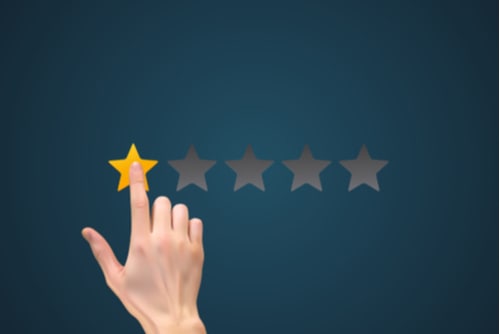 2 Things You Should Know This Week

Stay current on the latest marketing news by reading up on a couple recent stories!

It’s good to stay in the loop. Even though trying to stay in the loop nowadays can be exhausting with everything going on in the world. So for this week’s blog, we decided we’d compile a feel-good news story and a not so feel-good news story to keep you in the loop of what’s going on in the world of marketing. Of course, we understand that there is much more going on right now than just these two stories, but they caught out our eye and we hope you find them interesting as well!

What’s Going On With TikTok?

If you’ve been paying semi-attention lately you probably know that the app TikTok did something wrong and that President Trump has stepped in with some executive power, but that is most people’s extent of knowledge on the subject. We can’t blame you, it seems every week some huge tech company is doing something shady so it can be hard to know who is doing what! So here’s the rundown:

TikTok is an app that has taken the teenage social media world by storm, the app is popular for hosting short videos where people often dance or lip-sync to audio clips. However, everything has started to spiral out of control after President Trump spoke of a TikTok ban in the United States due to National Security concerns. But why does TikTik need to be banned?

Like most tech companies TikTok relies on large amounts of user data to create an enjoyable experience for its users. This data helps apps run their algorithms correctly, hence why you see relevant ads to you on Facebook and other social media sites. As we’ve seen in the past this data can be misused and/or breach which is a cause for concern. Where the concern with TikTok lies is that they have gathered information on users without the user’s consent (a big no-no).

Where President Trump comes into play is that TikTok is owned by the Chinese company ByteDance. The President is concerned that this data that was collected from the app can be sold or given to the Chinese government, which is his cause to sound the alarm in the concern of National Security.

Where we sit now, the President has signed an executive order stating that TikTok must be sold to a U.S. buyer by September 21st or the app will be banned in the United States, the app’s biggest market. TikTok has publicly stated that they are “shocked” by the ban plan and are currently planning to file a federal lawsuit against the current administration, arguing that the ban is unconstitutional because of its lack of due process for the company.

Now for some more light-hearted news!

The writer Wallace Stegner called our national parks “America’s Best Idea.” There are currently 62 national parks (two in South Dakota) that total more than 84 million acres of land. Most people who visit these wild wonders of the natural world left with a life-altering experience. Nearly every one of the 62 parks has a nearly 5-star rating on Google, for example, our very own Badlands National Park boasts a 4.9/5 on over 10,000 reviews.

As they say, you can’t please everyone and that applies to the National Parks System too. A slim few people leave the parks very underwhelmed with the beauty of nature and head to Google to release their grief. Leaving reviews of unsatisfied customers like, “the only thing bad about these lands is the entire experience.” These reviews are what inspired graphic designer Amber Share to start the Subpar Parks project.

Amber started the Subpar Parks Instagram account as a fun way to showcase the National Parks while also adding some comedy to people’s Instagram feeds. Amber uses her graphic design chops to illustrate the scenery of the park and overlays the one-star reviews on top to make hilarious posts and prints for her followers. Ever since she began the project in December it became an immediate hit and the Subpar Parks page now has nearly 250,000 followers.

At the time of this article, Subpar Parks has completed all 62 National Parks and plans to move into International Parks and National Monuments as the natural next step of the project. This project is a great reminder of how to not take yourself to seriously and laugh at life every once in a while.

You can view the artwork on Instagram @subparparks or view and purchase prints, stickers, and postcards of the artwork at https://ambersharedesign.com/collections/frontpage