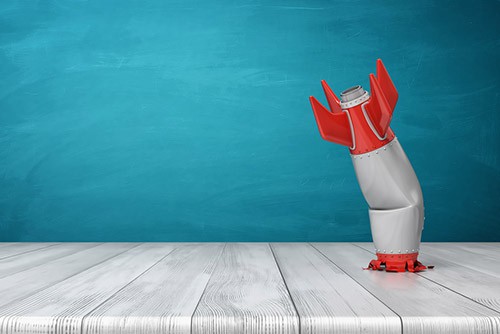 The word failure falls into the category of English nouns that roll off a person’s tongue and smack the recipient directly in the face. It’s not a word anybody associates with a good time or a happy-go-lucky scenario. Failure means you’ve lost, you’ve done something wrong, you didn’t achieve your goals… you’ve been defeated. Failure can happen immediately, as a direct consequence of your actions, or it can be a slow-burning failure that lingers around until you have to come to the realization that you’ve failed. The latter is the inspirational story I’m about to tell:

The year was 2015, Tom Brady was deflating footballs, and I was proudly headed to college to obtain a degree in wildlife management. Like all good wildlife management majors, I walked to my 8 am Bio 101 class on my first day of freshman year bright-eyed and bushy-tailed. While I’m no Charles Darwin, I like to fancy myself, as my friend Yogi would say, “smarter than the av-er-age bear,” but this class had me in over my waders. Not only was every week a struggle, but every second of every minute was also a fight to keep my head above water in a class that I so badly wanted to be a professional in.

After staggering through the semester with the worst grade I’d ever gotten, I quit. I gave up, a thing that many people would consider the coward’s way out, was exactly what I did. As I stumbled out of the science building I immediately went to the next step, “where do I go from here?” I went to my advisor’s office where we talked about what major I could possibly take on next. Athletic training, education, history, criminal justice? So many options and so little passion for any of them, eventually I fell into marketing.

I’m not going to lie and say I was in love with my new major because I wasn’t. I didn’t know what to think about marketing but I knew I was going to give it a go and hope for the best. Turns out marketing involved something that I didn’t even know I needed, the ability to be creative! A light turned on in my brain and I knew marketing was for me. This whole time I thought I was moving on to plan B, I was actually just a little late to plan A. Ever since then I haven’t looked back and continue to stretch my creative wings every day at Midwest Marketing!

I failed, quit, and gave up but in the end, I came out the other end of the tunnel in a better place. Failure is a part of life, whether it’s in sports, your job, or a marketing campaign that flopped. If you fall off of life’s horse make sure you stand up, dust yourself off, and ride again even if you’re not sure you want to. I promise, not matter how many unanswered wishes you make everything will work itself out and you’ll be able to ride off into the sunset.