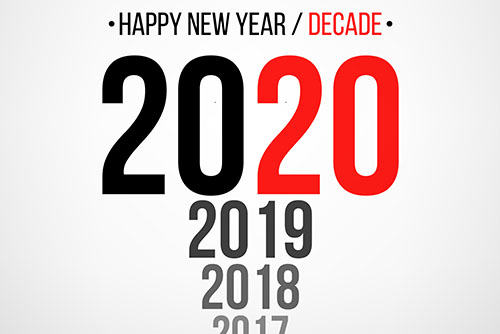 Marketing Tips from The 2010s

The past 10 years have been arguably the strangest decade we have ever seen. We’ve gone from getting our hands on the very first iPad to playing with fidget spinners, experiencing a solar eclipse, and even watching Garth Brooks return to music. The world of marketing has seen a monumental shift in the way people/businesses think about and implement their advertising efforts. Let’s take a look back at marketing in this past decade and maybe make a few wild guesses at what we’ll see in the next one!

As anyone in the marketing genre and most people in general know, digital has completely taken over in the 2010s. In 2010, $27.7 billion was spent on digital advertising efforts. That number has increased to $333.25 billion in 2019, an increase of over 1,100%! Within the last year, digital surpassed all other mediums in terms of the amount spent. Digital has given marketers a more precise way to target their audience and has become the overwhelming choice of marketers across the globe.

At the beginning of the decade, it would have been brand suicide to take a stance on a risky issue, at the chance of alienating a portion of your customers. However, as the decade has rolled on it’s becoming more popular to take a stand and customers love it! This is something we have talked about several times here at Midwest Marketing, see our blog You’ve Got to Stand For Something for the full rundown.

I’m sure when the social media craze started there was a group of people who thought it would just be a silly fad, unfortunately for those people they couldn’t have been more wrong. While Facebook was officially launched in 2004, the explosion of social media for marketers has taken place in the last decade. Before the rise of social media, targeting your ideal prospects was extremely time-consuming and expensive. Social media has provided a platform where brands can directly engage with their customers and collect data about what they want, and provide them valuable information.

There of course, are many other avenues that shaped marketing in the last decade that didn’t make our top three. While we would have loved to cover them all, there just isn’t enough time in the day!

So what might we expect heading into this next decade? In all honesty, we have no idea! Marketing evolves so fast that trying to predict where we will be at 10 years from now is more than likely a futile effort. Right now it appears that AI (artificial intelligence) will be the next frontier that marketers will have to explore, but only time will tell. What I can tell you is that no matter what comes our way in the next decade, the crew at Midwest Marketing will be ready to dominate and share our valuable marketing tips!