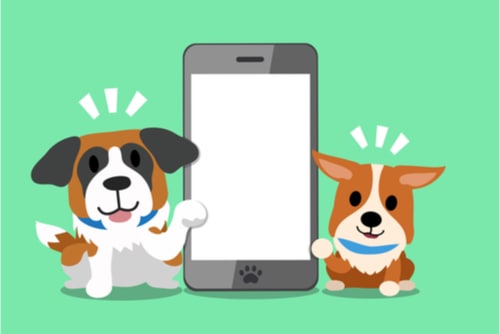 Marketing’s for the Dogs

August 26th has been dubbed as National Dog Day by the magical fairy who makes up random holidays. However, we give this one a pass as we enjoy seeing everybody’s canine companions flood our social media feeds. So, in honor of the somewhat real holiday, let’s take a look at the importance of dogs in marketing:

67% of American households have some kind of pet in their house, with 89.7 million of those pets being dogs. Needless to say, people in the United States love their dogs. In fact the U.S. has the highest dog ownership of any country, beating out the second place spot by almost three times the amount! Marketers have taken note of this for many years and capitalized on the obsession, using these furry selling tools to advertise anything from dog food, to automobiles, and even beer.

One of the first ever documented uses of dogs in advertising was a terrier by the name of Nipper. The little rascal who apparently lived up to his name (chomp), lived in England from 1884-1895. After Nipper’s death, his owner, painter Francis Barraud, painted a picture of Nipper staring into a phonograph machine. Barraud then sold the image to the Gramophone Company. The image of Nipper was patented in 1900 and ran in ads in 1901.

Nipper paved the way for fellow canine advertising stars in years to come. From the likes of Spuds Mackenzie who was the “ultimate party animal” during the 1987 Anheuser-Busch Super Bowl commercial, Bullseye, the white bull terrier mascot for Target stores, and of course the legendary movie star Air Bud all have followed in Nippers footsteps and moved millions of dollars in product along the way.

Dogs and puppies have a way of connecting with people on a very personal, primitive level that speaks to our hearts and souls. This is why companies like Subaru, Budweiser, and many others have been filling their ad space with these adorable pets that bring smiles to our faces. There is not much that stays the same in advertising but if I were to hedge my bets on something, I would say that we will be seeing the use of man’s best friend in marketing materials for years to come.

While dogs can be marketing wizards, movie stars, and hero’s in their own right. At the end of the day we don’t love them for that. We love them for being our best friends who want to cuddle on the couch on a cold winter evening and give us a friendly tail wag when we get home after a long day. Thank you dogs!

Happy belated National Dog Day to Maverick, Tug Boat, Remi, and May – the dogs of the Midwest Marketing office!