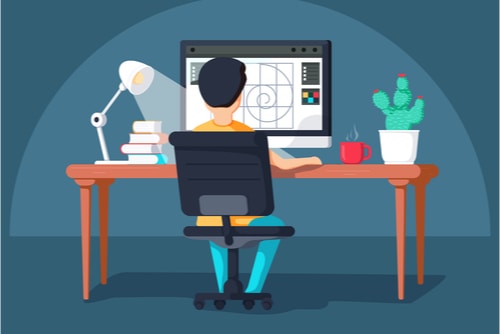 My Life as a Graphic Artist

It all started while I was in college. I was taking commercial art classes and decided to get involved with the college newspaper selling and designing ads. I enjoyed designing more than selling. I later got involved in the design of the college yearbook. I was hooked. This would be my career. The design process would be considered archaic compared to what I do now. But it taught me a lot about design.

Finding a job after graduation was difficult because of my lack of graphic design experience. I finally landed a job selling Yellowbook advertising for an independent phonebook. Selling was tough, especially since there was already an established phonebook in town. I heard the word “NO” more than a person should. I struggled to make a living. I made it through the sales campaign and decided sales was definitely not for me.

I continued to pursue my dream of becoming a graphic artist. It took months of applying at every print shop and newspaper in the area before I was offered a job at a small family owned newspaper business in Sturgis. This was finally my opportunity to show people what I could do. I was eager to learn whatever I could to better myself. The system we used to set all the text for the entire newspaper was the Compugraphic Typesetter. The mainframe computer was the size of three refrigerators stacked side by side. The printer was a separate unit and was about the size of a refrigerator laid on its side. We could only have about 6 different fonts installed at one time. Each font was on its own 8”x8” floppy disc. Remember the floppy disc? The printer would only hold two sizes of photographic paper that would then need to be run through a developer. When the paper came out of the developer it would be run through a waxer, cut apart and pasted up on newspaper grids. Ads were created the same way. Spot color was about the only color we ever used in ads. 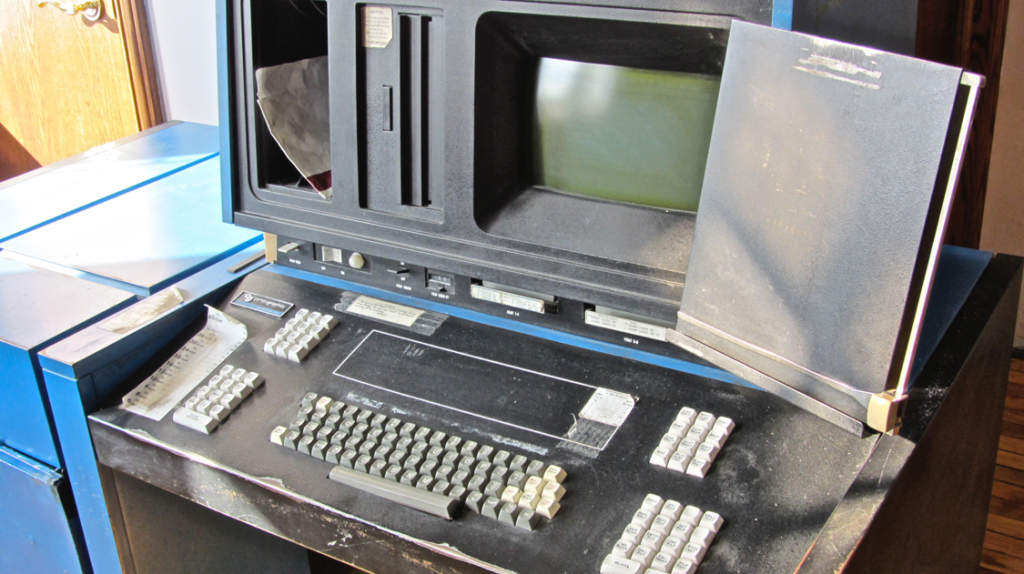 Above is the system similar to what I worked on. I would type in codes to set up different size boxes and type in the text needed to lay out each ad. The information would then be sent to the mainframe and then to the printer. I continued to learn all I could about the system. I actually got very good and was able to assist other businesses using the system.

I worked for the small newspaper business for two years and was offered the opportunity to go to work for a large local newspaper. I jumped at the chance. At the time I didn’t know but one day this small family owned newspaper would be back in my life.

My starting position at the large newspaper was in the advertising department prepping ads for the composing room to typeset and layout. We would take the information from the sales reps do a rough layout to size, key the information and find all the art needed. 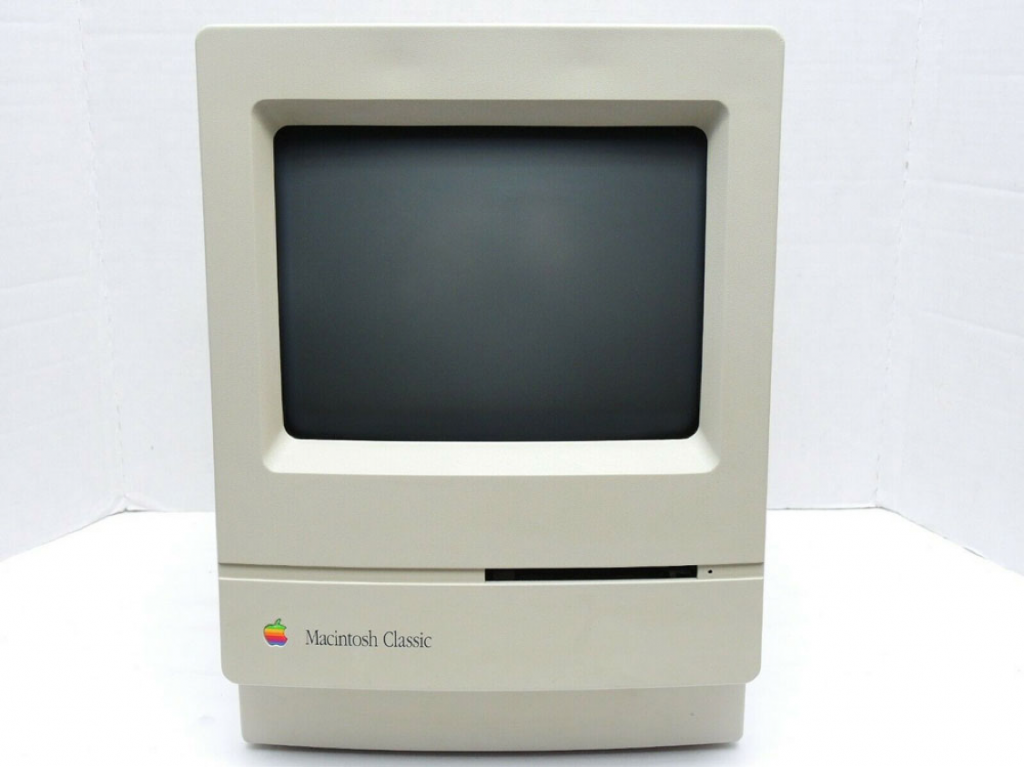 The art department had a couple Apple computers and I would see the cool things they were doing. I really wanted to learn as much as I could. My in-laws bought us a personal computer shortly after I started working for the newspaper. It was a Mac Classic (above), now I have dated myself. It only had a 9” black and white screen, but it was all I needed. I would play around on that computer nearly every night. I taught myself a program called Typestyler and would show my co-workers in the art department what I was learning. Soon our household upgraded to an Apple ll and I continued to learn more programs. I mastered Macromedia Freehand. The more I learned, the more I wanted to learn.

Technology at the newspaper was changing fast and the process we were using to produce ads was outdated. We soon made changes and the composing room was eliminated. We split everyone up into 4 teams of sales reps and graphic artists. I was very excited about this change. Now I could really show my talents. I continued to learn every program I could. I taught myself PhotoShop, Illustrator, Multi-Ad Creator, Quark and InDesign.

After about ten years I was offered an opportunity to advance my career and become the director of the Creative Services Department. Which consisted of the Prepress, Creative Services and Page Layout departments, about 25 employees. It was a lot of responsibility but I was excited to take on a new role within the newspaper. I continued to create ads but was also now getting involved in the prepress process. I had to now learn the PC, the imposition applications and our direct to plate process. It was another exciting time in my career.

Shortly after I became the Creative Services Directory the newspaper started acquiring smaller newspapers in the surrounding area. This is where that small family owned newspaper business came back into my life. They were now part of the large newspaper that I was working for. Some of the same people were still working for those small newspapers as when I was there.

Fast forward, twenty one years after starting at the large local newspaper I was offered the opportunity to go another direction in my career and join the team at Midwest Marketing. It was a big move for me. Afterall, I was very comfortable where I was at in my life and was unsure about changing it. After some thought, I decided it was time to move on. It’s been eight years now and I am very happy with my decision. I enjoy seeing my work around the city.

I have learned a lot in my 31-year career as a graphic artist. Technology has changed so much, from floppy discs to flash drives and everything in between. Everything that I have learned and gone through in the last 31 years has made be a better designer. I still challenge myself to be the best at what I do and am always learning new things. I have recently decided that I want to learn how to do video editing. I am currently playing around with Adobe Premier Pro. I know I will always push myself to be the best I can be.

I want to thank that small newspaper business that gave me the opportunity to do what I love. Design!!!