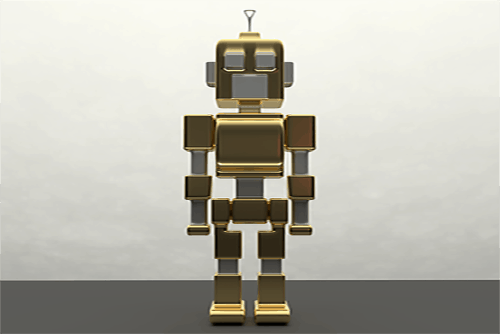 AI: Robots Inside Your Phone

Merriam Webster dictionary defines a robot as a machine that resembles a living creature in being capable to perform complex actions.

Now that I have started my subpar best man speech, let’s get into what my grandma refers to as the nitty-gritty. Around this time last year, Google published a blog, much like the one you’re reading, about the “13 Ways You’re Using AI in Your Daily Life.” Artificial Intelligence or as my nephew refers to it, “robots inside your phone”, has become an integral part of most of our lives, with some aspects of it going completely under the radar.

For the purposes of this conversation, we will use the following statement to define AI. “AI is likely behind any task carried out by a machine that would require intelligence if done by a human – things like learning, seeing, talking, socializing, reasoning, or problem-solving.” More likely than not technology that fits this definition has found its way into your life, but how aware are you that you’re surrounded by the “robot inside your phone?”

In a poll of nearly 900 people across the U.S., UK, and Canada, people were asked how often they believed they used AI in their daily lives. Like all too often, the results and reality were two very different things: 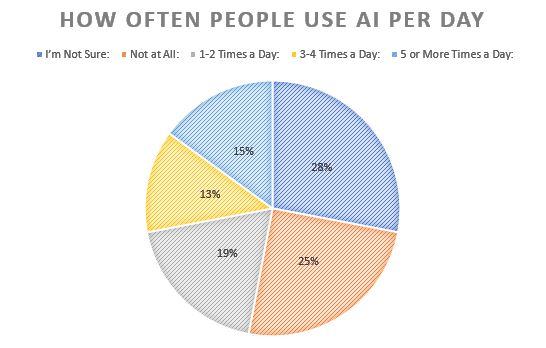 I personally put these answers in the category of baffling. With ¼ of people claiming they don’t use AI at all, that shows that there is a level of unknowability to what AI truly is. Something as simple as typing in a query into a search engine requires the use of AI and with 77 percent of Americans connecting to the internet every day, there is a serious gap in awareness.

The answer to this lies in what people perceive to be AI. When the words artificial intelligence are spoken the first and only thing that pops into people’s mind is a gal named Alexa. While Alexa appears to be the most prominent of the “common mans” AI, artificial intelligence has slowly grown in around us to make our lives easier. When Netflix recommends that you should watch The Office because you’ve watched Friends that’s AI. When Spotify or Apple music creates playlists off the songs you’ve downloaded, that’s AI. When your Gmail recommends responses to the email you just got from Barb in finance, that’s AI.

Depending on who you ask AI is both the best thing to ever happen and the worst thing in the history of mankind. However you feel, you can check out Google’s list of the ways you use AI at the link below.