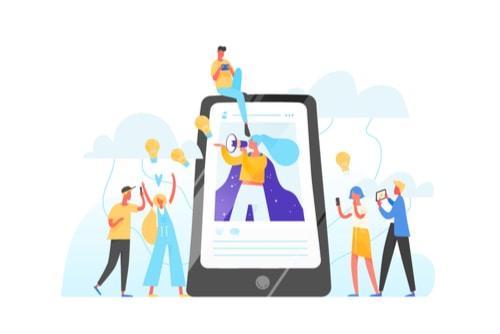 The Three Best Ad Campaigns of All Time

I was watching TV with my dad recently and a Progressive Insurance commercial came on where the always lovely Flo, speaks to a bigfoot named Daryll about his problems. As the commercial was starting my dad exclaimed, “oh, I love these ones!” How an ad is done changes the whole perception of what it truly is. On one hand, people say the word ad and the mind goes to annoying pop-ups or intrusive advertising. On the other hand, it can elicit funny memories, powerful messages, and entertainment. The ones in the latter category are what we are talking about today.

While it is very difficult to pick the three best ad campaigns of all time, we compiled three campaigns that set major marketing trends. Let’s see how these brands turn their ad campaigns into something more than just plain old ads:

Nike: Just Do It

If I was in the meeting when this slogan was pitched, I’m 100% sure it wouldn’t have gotten my vote. I would have been dead wrong and I’m glad someone at Nike had the common sense that I lack to push this slogan. In the late 1980s, before “Just Do It” had graced our ears, Nike was selling fewer shoes than Reebok! In 1988 “Just Do It” was introduced with a perfect ad campaign to accompany the saying. In just 10 years, Nike sales went from $800 million to over $9.2 billion! This marketing campaign made Nike the powerhouse we know them as today.

People often dismiss silly ads as not as meaningful or impactful as their more serious cousins. Don’t tell that to this 2000 Super Bowl ad from the beer-making giant that changed the way people talked on the phone for a couple of years. Still to this day if I answer my phone and say, “WHASSUP?!” I can guarantee I will be receiving a “WHASSUP” back at me. This ad campaign taught us that we don’t always need to be groundbreaking in our advertisements or so serious all the time. Embrace how weird you are because your audience is probably just as weird as you too (in a good way)!

This ad campaign is one for the ages, it is so unbelievably powerful and meaningful to so many people. I think the first time we all saw it there wasn’t a dry eye in the room. If you’re not familiar, during the 2015 Super Bowl, Always brand came out swinging with their commercial titled “#LikeaGirl. It flipped the old phrase of “you throw like a girl” and others like it into a positive spin for young girls and women alike. Showing everybody that this isn’t an insult but a compliment instead. While we are in a time where societal issues either dominate marketing or people won’t touch them with a ten-foot pole, remember that some things everyone can agree on. This was one of them, bravo to Always.

There are so many great ad campaigns but the list could go on for days. We’d love to talk more about Dove’s “Real Beauty” campaign, or Old Spice and their collection of off the wall ads, or even how Budwiser once again used the oldest trick in the book (puppies and horses) to sell some beer, but those will have to wait until another day.

If you want to be the setter of marketing trends, contact Midwest Marketing today!