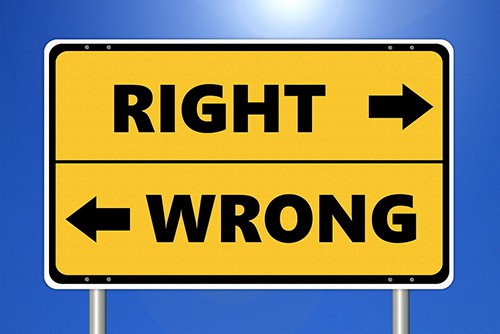 Vilhjalmur and the Ethics of Advertising

In the early 1900s, an Icelandic explorer named Vilhjalmur Stefansson traveled to the Arctic lands of northern Canada and Alaska to live with, learn from, and study the Inuit people that called these unforgiving lands home. His time spent in these far-away places is documented meticulously in his many works of literature, including his masterpiece, My Life with the Eskimo (1913). While the world of marketing doesn’t grace the pages of Stefansson’s books often, he does mention us in his Autobiography, Discovery (1964). Like all of Stefansson’s writing, his quote is intricately thought-provoking. “What is the difference between unethical and ethical advertising? Unethical advertising uses falsehoods to deceive the public; ethical advertising uses the truth to deceive the public.” There are essentially two things to unpack here, so let’s open the suitcase:

Unethical advertising lives in the arena of, “I can’t explain what it is, but I know it when I see it.” The definition of unethical advertising will vary drastically depending on who you’re talking to. It also has many subcategories to explore, one of them being false advertising, which is the base of the first part of Stefansson’s quote. False advertising, in a nutshell, is using misleading information to sell a product or service to a consumer. For example, if a grocery store says that if you eat their cantaloupe you will turn into Captain America, that’s false advertising.

Any form of unethical advertising is universally agreed upon as not okay and there are even established laws to protect consumers from this type of advertising. Whether it’s false advertising, slandering your competitors, withholding information from the public, or even plagiarizing both Stefansson and I are in agreement.

This is the part of the story that really begins to make its own gravy. According to Stefansson, whether you’re advertising in an ethical or unethical manner, you’re deceiving the public. I’m not going to sit here and say all marketing professionals are upstanding individuals with moral compasses that always point due north. Similar to many professions and people in general, there is a chunk of the population that live their life in the grey area. However, the grey area people are far outnumbered by individuals like my colleagues at Midwest Marketing and marketers around the globe who have ethical standards.

Mr. Stefansson, your exploration was extraordinary, your works of literature are some of the finest ever composed, and you were truly a pioneer of your time but when it comes to your thoughts on advertising I respectfully disagree.