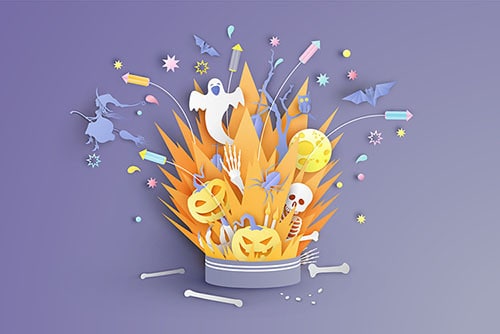 What the Great Pumpkin Can Teach Us About Business

“It’s the Great Pumpkin, Charlie Brown!” Arguably, the most iconic Halloween movie of all-time, the Peanuts gang cemented a place in Halloween history with the 1966 TV special. With lots of “good griefs” and “you blockheads” the TV special won over the hearts of both people young and old. Of course, with every children’s cinematic experience there is a lesson to be learned. Here is what I learned from It’s the Great Pumpkin, Charlie Brown:

The main storyline of The Great Pumpkin is following Linus as he waits for the “Great Pumpkin” to raise up out of the pumpkin patch on Halloween night. Linus writes letters to The Great Pumpkin, finds the “sincerest” patch of pumpkins to wait in and despite all the naysayers telling him he’s crazy, waiting for what he believes in.

The situation that Linus finds himself in reminds me a lot of a situation that many entrepreneurs and businesses people find themselves in. You have an idea, vision or grand scheme that you absolutely know will work but once you present your idea you have some doubters. Hopefully, you work in an office where people offer you constructive criticism instead of calling you a blockhead and swiping a football out from underneath you, but doubters are doubters nonetheless.

So, what do you do? Do you abandon ship, or do you trust your gut and go for the idea? In the real world, the answer is probably between blindly believing in an almighty pumpkin and abandoning ship. Although, Linus demonstrates that it is important to stand up for what you believe in and not waver even if people disagree with you. All too often we find ourselves going with the flow because it is easier than rocking the boat. If you feel strongly about an idea or really anything in general standup for it, the same way Linus did for the Great Pumpkin.

While the Great Pumpkin never did show up Linus makes sure to tell Charlie Brown, “just wait ‘till next year!” You’ve got to give the kid props, he really does stick to his guns! Moral of the story don’t be afraid to believe in something just because other people think you’re crazy. Or maybe, it’s just a story about a group of friends on Halloween with a dog that can fly on top of his doghouse, I might be overthinking this too much… Either way, it’s a great movie! Happy Halloween!! 🙂