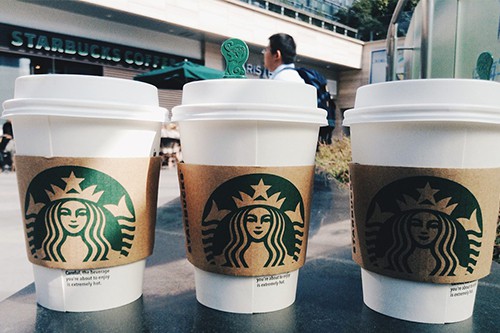 I am somewhat of an oddball when it comes to taste in coffee, due to the fact that I think it’s disgusting! I’ll take an ice cold Mountain Dew in the morning over a Triple, Venti, Half Sweet, Non-Fat, Caramel Macchiato (yes, that’s actually a real thing) any day of the week. Still, for some unknown reason, people seem to enjoy gulping down black bean water each and every day. Several companies have taken advantage of the coffee addicts, although one business seems to be slightly above the pack when it comes to the coffee industry. That company is Starbucks. Let’s take a look at their branding tactics over the years.

Marketing, Never Heard of It?

Starbucks was founded in 1971 in Settle, Washington and when they opened their doors they had a rather interesting marketing strategy. Starbucks decided that they did not need to spend one penny on advertising and just let the products speak for themselves. This bold word-of-mouth advertising strategy proved to be very effective for Starbucks and quickly turned them into an international company.

Let’s Give It a Try

Eventually, Starbucks word-of-mouth campaign became somewhat stagnant and the company decided to put together their first TV advertisement. Many people thought that the brand advertising nationally would “dilute” their image. Starbucks made sure that did not happen by what they proceeded to do.

Well, What Did They Do?

While many large corporations focus on the products they sell or the people behind the products, Starbucks went a different direction for their marketing strategy. Starbucks decided to focus on the customers themselves and are still doing that to this day. In a sense, Starbucks is using its international platform to pass on the message from one customer to the next. The Starbucks advertising team is essentially the middle-man when it comes to word-of-mouth advertising. While the process is not a complicated one, the Starbucks strategy has proven to be effective time and time again. So as long as you tastebud-less coffee drinkers continue to drink your lattes, Starbucks will be with you every step of the way.