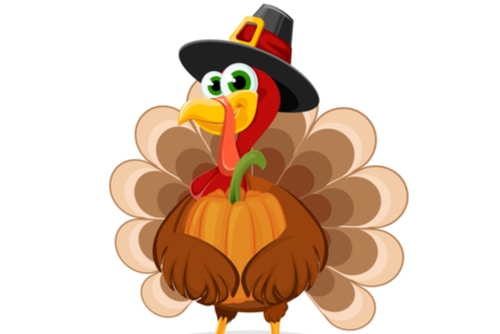 If there is one bird in the history of birds that needed some marketing assistance it would be Meleagris gallopavo, the wild turkey. The journey of the turkey in the United States has been somewhat of a roller coaster. With a little marketing help, the grand gobbler could have ended up in a very different position of power, let’s take a look:

The earliest wild turkeys evolved in North America over 20 million years ago. To put that in perspective, woolly mammoths roamed the earth only 5 million years ago. While the turkey has been around for a while, their most prominent moment in recent history is when it was nominated to be the national bird of the United States. Benjamin Franklin believed that the bald eagle was an egregious choice for the nation’s bird. He wrote to his daughter that the turkey was “more respectable” than the eagle, which was “of bad moral character.” What Ben lacked was the marketing prowess to get the turkey the proper recognition it deserved.

While common marketing tactics wouldn’t be able to help the turkey way back when, we can take a lesson from the Thanksgiving bird. Don’t keep your ideas to yourself like Ben Franklin did, you have to share and spread your ideas with the world. Are all your ideas going to be world-beaters? Of course not, but by not sharing you will never even give your turkey a chance to shine!