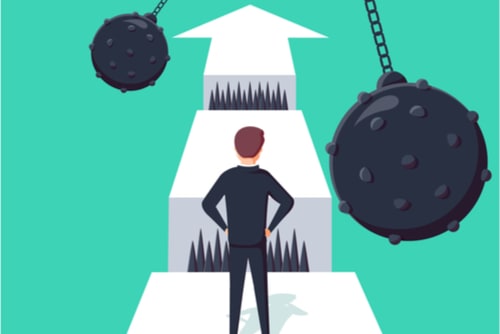 Marketing Through & Around a Downturn

We’re in the middle of an economic downturn due to factors that are far outside our control. While this has hampered nearly every imaginable industry, it’s not the first time businesses have had to power through a downturn. This downturn may look a little different than the last but it is a downturn nonetheless. Let’s take a look at what marketing during an economic downturn looked like throughout history:

The 1920’s were roaring! For the most part this was a marketers paradise. People had money to spend and boy did they spend it. Merchandise was flying off the shelves left and right. There was a small downturn in the economy however in 1923. The Harvard Business Review looked at companies that continued to advertise through this recession and saw that they came out the other side 20% ahead of where they started. While their counterparts were down 7%.

The Great Depression was like nothing we’ve ever seen before and hopefully never see again. People lost jobs, farms, houses, everything, at an alarming rate and nearly all advertising was pulled. Kellogg was one company that actually continued its marketing during the Great Depression. As crazy as it sounds, “ready-to-eat” cereal hasn’t always been an American favorite. In the 1920’s two companies, Kellogg and Post, owned the small cereal market. Once the Great Depression hit Post cut back on expenses and reined in its advertising. Kellogg went the opposite direction, they doubled their ad budget and moved aggressively into new mediums of marketing to spread their message. The famous trio of Snap, Crackle, and Pop first appeared in the early 30’s as a part of this large advertising push. In 1933 when the economy was wobbling on its last leg, Kellogg’s profits were up thirty percent and had become and maintained their industry domination for years to come.

We’re taking a big jump forward to the 1980’s. The 80’s provided us with the first study that analyzed marketing efforts not only during the recession but also the following three years. McGraw-Hill (yes the people that made your history textbook) Research analyzed 600 B2B companies and found that those who continued marketing efforts during times of recession had grown 275% over the three years following a recession over those who didn’t!

More specifically, 2008, or the Great Recession. 2008 was the last time we’ve seen anything close to what we are experiencing now. Nationwide ad spending dropped by 13% with print and radio seeing the biggest drop-offs by far. However, out of the Great Recession the richest man in the world was born! Jeff Bezos and Amazon grew their sales by 28% in 2009 alone. They did this through continuing to innovate and release new products such as the very first Kindle. By not putting business on hold Amazon continued to soar into what we know them as today.

We understand that not everybody can afford to advertise right now, as budgets have been jumbled and hard times have fallen on most of us during the Great Lockdown. For those who still can, use this time to spread your message and make a bigger splash with the same investment, who knows you might be the next Amazon just waiting to happen!