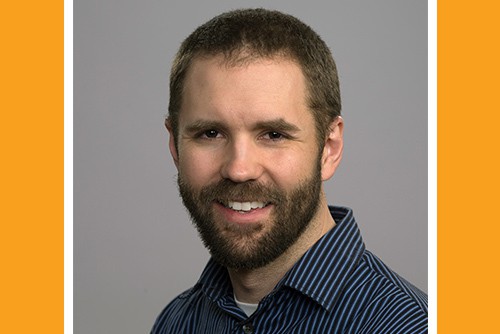 His large well-worn leather boots made only the slightest of sound as the tall, stout man weaned his way through the dark forest. Branches of pine scraped his heavily muscled forearms, but Thorbin, son of Thorfyr gave no notice. His focus was on his prey; or the tracks of his prey to be precise.

Eyes darting side to side, always alert for trouble, Thorbin knelt in a small clearing, running his callused hands through a pile of ash in a small dirt pit. They stung with the remnants of hot coals beneath the surface.

“A day, no more” he muttered to himself, eyeing the possible routes out the clearing leading deeper into the wilderness. A wary glance behind him revealed no trace of his companions, who were probably still hours behind. A deep rumble of irritation let loose from his chest as Thorbin had no time to wait…the trail would only grow colder, and his tracking skills weren’t honed as sharp as they were in his youth.

He stroked his long salt and pepper beard for a moment, while pondering what to do. “Bah, they’ll catch up. Lockrin isn’t a half-bad tracker himself, they’ll just have to make due with him” saying to no one in particular. With that he stood, stretching out the stiffness in his limbs, and with a kick of his booted foot, swept the ashes in an arrow shaped point, indicating to his fellows which way he was bound for.

“You’ll not escape me this time Gorefang” he growled. The devious little goblin had raided his last village and he and his companions were going to make sure that Gorefang’s goblins were put down for good.

On a high bluff overlooking the dark pine forest below, Gorefang stood on a sun baked rock, resting his arm on an outstretched leg. Peering down the hillside he spotted a lone figure emerge from the tree line. A large human, axe in hand, he crept stealthily from cover to cover, but not good enough that the eagle-eyed goblin chief would miss him. No not this one, after what he did to Gorefang’s brother, he could never miss that one.

In a pale imitation of human knight he once saw from a hiding spot in the bushes, he drew himself up into a striking pose, and cocking his head to the side….”It’s time to have some fun boys!”
The other half dozen goblins in his warband behind him gave a wicked cheer, as they barred sharpened spears and gnashed their pointed teeth. Gorefang led his troupe down the hillside to the appointed ambush spot….they’d get this dirty human this time!

One foot in front of the other, that’s what Thorbin kept saying to himself over and over. “By the gods these little devils move swift” he murmured. Pausing just a moment to find a way up the rocky hillside, he grabbed an outcropping of stone with his free hand pulling him into a stony chute. Just then a shadow came over him, and as the burly man looked up, he saw the object of his hunt, the fiendish Gorefang, who had a spear leveled right at his face!

“SURRENDER HUMAN! Lay down weapon and we make your death fast” Gorefang spat, his spear ready to thrust as he saw his warband begin to surround Throbin.

“NEVER!” Thorbin shouted as he brought his axe to bear “You’ll never take me!”

Thorbin fought with the fury of the gods that day. Bards would later sing tales of his bravery and prowess in battle, but the number of the goblins were just too much for any one man to hold off against. As he lay there, his axe having been cast aside, he looked up at the leering face of the monster he had hunted for the last tenday.

“You may have defeated me Gorefang, but the rest of the Silverblades will avenge me….and now to sit beside my father at the table of Odin in Valhalla, while you remain here, living in the dirt, hunted by all the goodly folk of the region” Thorbin coughed out as he waited for the spear to descend and send him to the afterlife.

An evil grin spread across Gorefang’s ragged green skin, exposing his long sharp teeth. “As you wish” he squealed in glee, bringing his spear down.

“Dinner’s ready you guys!” a shout from the nearby house pierced the din of battle.  Bale looked down at his foe, with his “stick-spear” still raised, “This still counts dad, I got you” he exclaimed with a devilish grin.

“Yeah, yeah, but next time Thorbin, son of Thorfyn will have his vengeance, ha HA!” Joel scooped up his son in laughter and headed back into the house.

“Can we play again tomorrow dad?” Bale asked as they sat down to the table, his mom dishing up some delicious looking enchiladas.

“As you wish son”