What Will Social Media Marketing Be Like In 10 Years?

In ten years, I think the realm of social media will go one of two ways.

Who knows what social media will be like in the future – whether it’s accompanied by holograms, wearable technology or virtual reality glasses.  That’s why it is important for agencies to keep up with the newest forms of social media (like all the platforms below!) in order to provide the best in social media marketing to clients. It will grow and become more interactive, available, and probably creepier, but it will always hold a place in my heart. It will only get better from here. 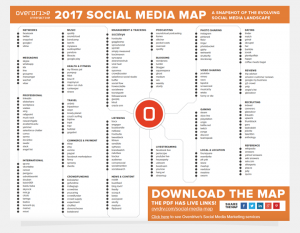